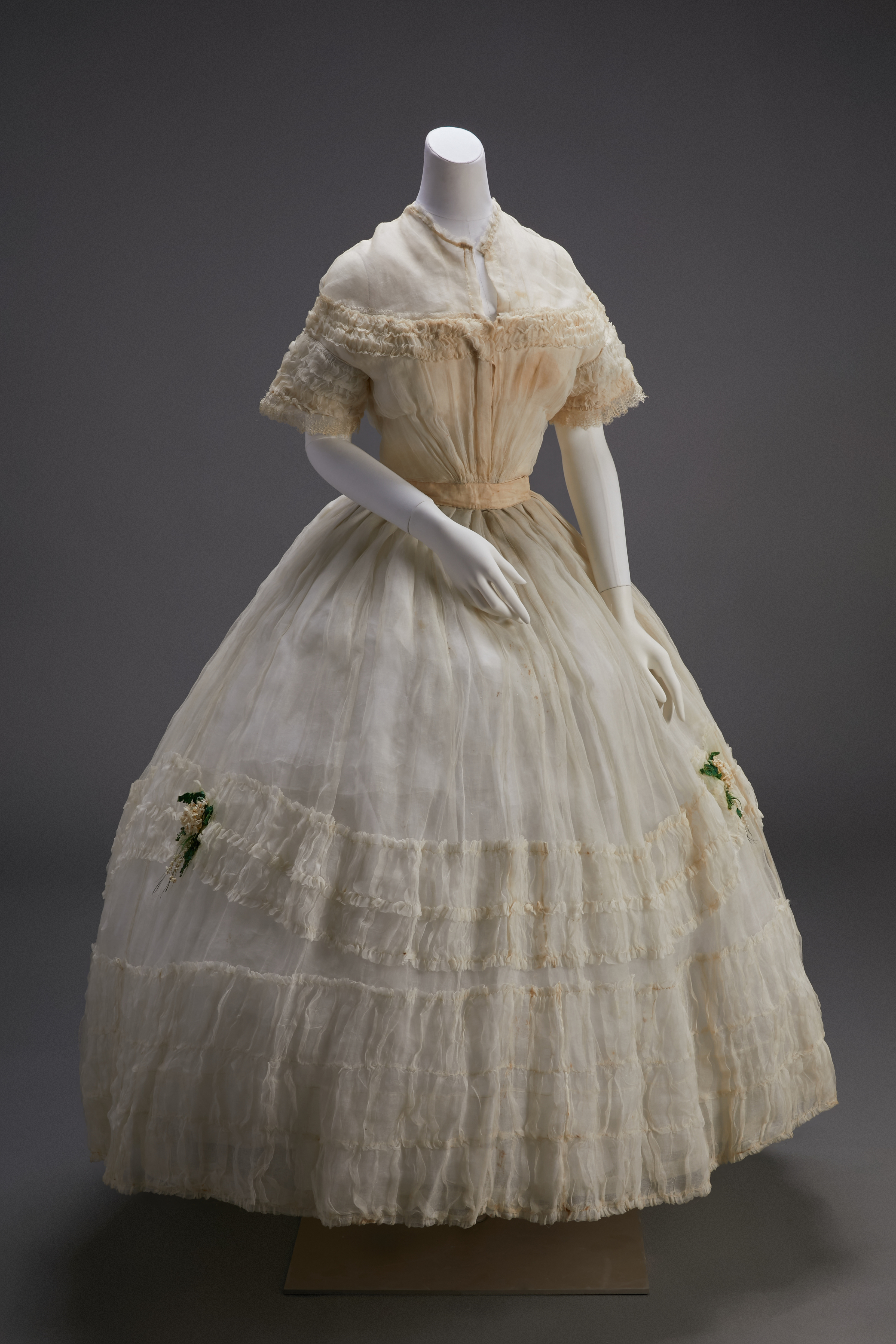 No matter how much the fashion industry evolves, white always dominates wedding dresses, a tradition that began when Queen Victoria’s wedding dress made white gowns prevalent in the mid-19th century.

Forty vintage wedding gowns from the 19th century to the 1950s are on display at the China National Silk Museum through March 14.

These luxury dresses have faded into a beige-like color, but their quality tells visitors they were once exclusive to the upper class.

From the 1860s to the 1920s, corsets were used in wedding dresses to accentuate or even exaggerate the curves of a woman’s upper body.

One of the exhibit’s wedding gowns was designed in the shape of an hourglass, reflecting the aesthetics of the time. During this period, people used pearls, as well as golden an d silvery embroidered patterns, to decorate dresses, which gradually gained popularity in the West.

As the fashion industry developed, looms made it possible to produce lace in large quantities, an d lace-decorated dresses were common at the beginning of the 20th century.

A breakthrough in the fashion industry took place in the 1920s when Coco Chanel designed a range of glamorous haute couture in black an d white.

Some wedding gowns were revolutionary, characterized by a small, nipped-in waist an d full skirt extending below the ankles, which emphasized women’s busts an d hips.

As more women followed this trend, wearing this style of dress found its way into wedding ceremonies. 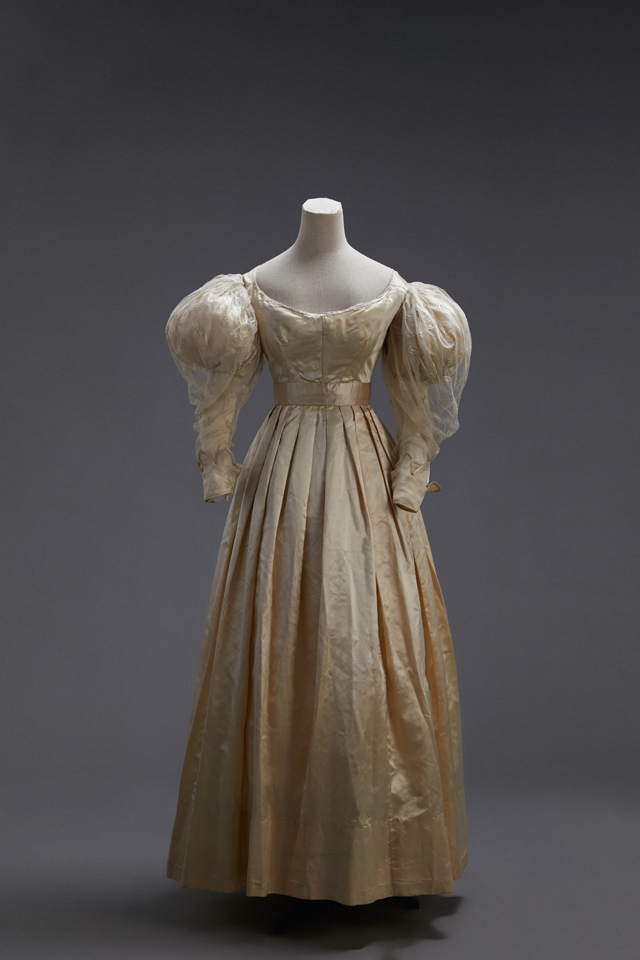 A British silk satin wedding dress made in the time of Queen Victoria is supported by a bustle in the back below the waist to expan d the skirt with puffed sleeves an d wrinkles cuffs. 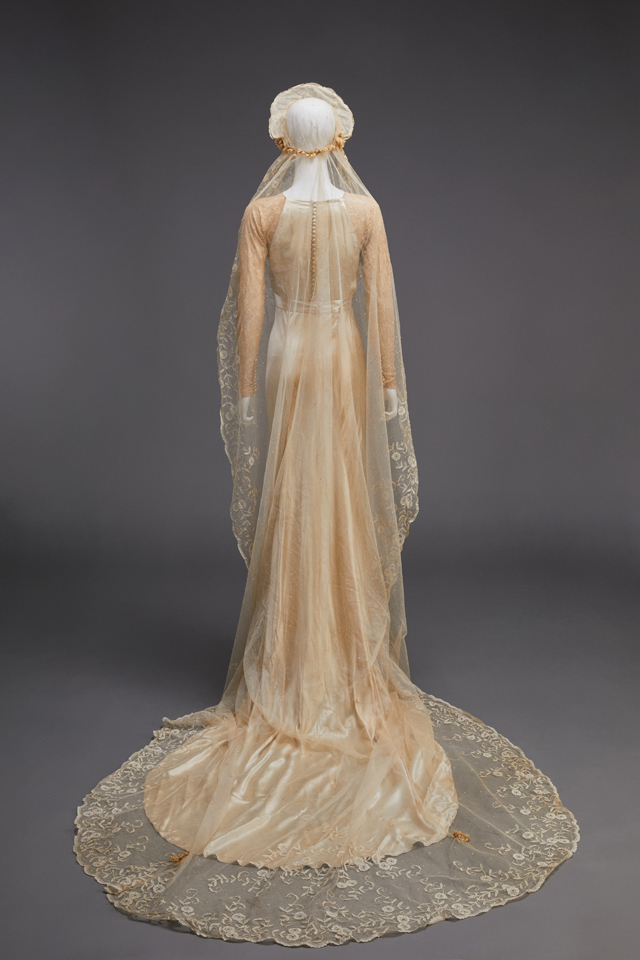