Qipao started to appear as a traditional style of long gown worn by Chinese women in the Republic period. It originated in the late Qing dynasty and took shape in Shanghai. It rose in the 1920s and was popular in the 1930s and 1940s. It is still popular with Chinese people all over the world and has become the iconic clothing for Chinese women on the international stage.

Since 2017, Hangzhou has started to hold the Hangzhou Global Qipao Festival, which aims at the cross-boundary interaction between culture and tourism, tradition and fashion, art and life, China and the world. Thus, China National Silk Museum has started the Global Qipao Invitational Exhibition. This exhibition has taken more than one year to prepare, invited more than 30 famous fashion designers, installation artists and inheritors of intangible cultural heritage from ten countries including the United States, UK, France, Russia, Norway, Japan, South Korea, Indonesia, Mexico and China to produce more than 40 pieces of Qipao. The exhibition has taken landscape as its theme, qipao as the shape, with the characteristics of regional culture as the background, with the designer's expertise in the field as point of view, based on tradition, combined with new technology, to create a fashionable new qipao style. We hope that the audience can broaden their vision and be enlightened after the visit, so as to create a new way for innovative inheritance and creative development.

Qipao is a traditional costume style that reflects harmonious relation of the dress and the wearer. It is also a representative fashion style for Chinese women in modern times. The figure-hugging design and poetic pattern shows sexiness and elegance of a Chinese lady. In this chapter, Chinese designers and foreign designers pay tribute to qipao of the Golden Age and recall the glory of that time with today's eyes. Guo Pei, born 1967, is a Chinese fashion designer. She is best known for designing dresses for Chinese celebrities, and in America for Rihanna's trailing yellow gown at the 2015 Met Ball. Guo is the second born-and-raised Asian designer to be invited to become a guest member of the Chambre Syndicale de la Haute Couture after Lebanese designer Elie Saab. In 2016, Time Magazine listed her as one of the World's 100 Most Influential PeopleThe embroidery on qipao is based on the "four famous embroideries" of Su, Shu, Yue and Xiang, also integrates European embroidery methods. Wu Haiyan is one of China’s most influential designers. She is now the Dean, professor, doctoral supervisor of Department of Design and Art of China Academy of Art. Member of the Seventh Discipline Review Group of the Academic Degree Committee of the State Council; Vice-Chairman of China Fashion Design Association. The design is inspired by Liangzhu culture, and the fabric is made of gold and silver thread. The style is a tuxedo evening dress. The qipao is decorated with a stand-up collar to show the Chinese feminine charm. Liang Zi is known as the "environment-friendly master" in the fashion industry. She is the Chief Designer of Shenzhen Liangzi Fashion Industry Co., Ltd. And "TANGY Collection" . 15 years ago, she saved the endangered traditional ecological fabric Liang Silk with over 500 years of history and dedicated to its protection, heritage, design and development. This two-piece ensemble has a colorful qipao underneath a sedate jacket. The design is both trendy and practical, shows the contemporary way of wearing qipao. Lin Xia, a master of Chinese arts and crafts. The master of Chinese embroidery art, a senior artist of Arts and crafts, Director of Tai Embroidery Art Museum, vice director of Tai Embroidery Research Institute, and Zhejiang Tai embroidery apparel Limited company chairman and art design director, the third generation inheritor of "Taizhou embroidery". This theme was commissioned to welcome the G20 Summit. The carving techniques of embroidery are deduced incisively and vividly, precipitating a new style of "Taizhou embroidery" with distinct blending of traditional culture and contemporary art. Lee Yu-Lien is a full-time associate professor in the Department of Textiles & Clothing College of Fashion & Textiles Fu Jen Catholic University. She has devoted herself to the fashion design for a long time. She tried to seek poetic vocabulary in clothing creation, taking natural images as patterns. Using a unique form of "painting without painting" to create bamboo patterns, the designer innovatively used clothing techniques, directly sewing "pleats" on the fabric, without any cutting and made into a drawings. Lawrence Xu graduated from the Department of Fashion Design of the Central Academy of Arts and Crafts, and then studied in Paris.  His design style combines Western and East, was popular among celebrities. His signature was the Dragon robe wore by Fan Bingbing on 2010 Gannes Film Festival. The clouds are one of Chinese traditional pattern. This qipao is covered with embroideries and handmade beading, graceful and magnificent. In the past twenty years, Chinese qipao has entered a period of innovation. In addition to the continuation of tradition, there are many new interpretations, reflecting the diversity of today's aesthetics and culture. This unit shows mainly foreign designs, whose designer are endeavor to make traditional culture fashion again. Viewing traditional Chinese innovation path from foreign designer's perspective, could also be a useful reference. Key-Sook Geum is an artist, fashion designer, and scholar from the Republic of Korea who lives and works in Seoul. Having taught and worked in fashion design, Geum combines art with fashion in her exquisite wire sculptures in the shape of women’s dresses. She holds a doctorate in Costume Aesthetics from Ewha Womans University, and was a professor in the Department of Textile Art and Fashion Design at Hongik University in Seoul until 2017. Geum has also held fellowships in China and the U.S. Her artworks are in private, corporate, and museum collections and have been exhibited internationally. She was the costume director and designer for the opening and closing ceremonies of the 2018 PyeongChang Olympic Winter Games.

The Red Dress Work were made by red wire and ornamented with numerous pieces of red silk gauze. The color red came to artist’s mind as China or Chinese culture. Therefore color red was chosen to embody the Chinese aesthetics for the Qipao Work. In addition, Red Dress is associated with an image of beautiful lady While the intwined Red wire of Qipao work signified www(world wide web) which connect the people around the world, the silk gauze ornaments implied many encounters or relationships among people in the world. The lives would be beautiful with full of various relationships and interaction among people around us. Therefore, a beautiful life may be near through enlightenment of the relationship or interaction among people as if the red Qipao work signifies Françoise Hoffmann adds the vibrations of light kneaded into the fibers to her textile sculptures. Her taste for relief (3D), chiaroscuro (light and shadow) and scenic perspective transform her work of art into an instant vision of contemporary bodies. Human Body and landscapes impregnate the silk as traces of our times.

Title: “You cannot step into the same river twice”

A unique creation, it is the first of a trilogy on the theme of the qipao, which is emblematic in China. Deborah Milner (born 1964) is a British fashion designer active since the 1990s. Since 2000, she has focused on ecologically aware design, founding Ecoture, her ecological couture line in 2005. In the early 2010s she was head of the Alexander McQueen couture studio. Carmen Rión is a Mexican researcher and fashion designer, recognized for her role as a pioneer in the rescue of traditional Mexican textiles and their integration into contemporary fashion.In 1999, after several years of experimentation, the CARMEN RION brand was born and its first showroom was established. The following year, the headquarters boutique is inaugurated, located in the iconic Condesa area in Mexico City.

The work combines Mexican textile technology and Chinese qipao element. The upper body is close-fitting and narrow, while the lower body stretches. It is a typical combination of Chinese elements and western silhouette. Caroline Butler is an untrained designer who has worked as a film actress, singer, business manager and marketing director. Her own legendary experiences add a bizarre flair to her designs. In 2010, she founded her own fashion studio, Earl of Bedlam, with her husband, a graduate of Goldsmith College. The unique design was popular among British singer and actors.

There are Marco Polo and his camel train printed on the body of the silk dress. The more transportation-ally sophisticated (some 600 years later) Madame Wellington Koo will be depicted taking Chinese style around the world interspersed with silk moths on gossamer wings. She was an early adopter of aviation - we don’t believe she ever flew a Gypsy Moth biplane herself but artistic licence allows us to place her in the cockpit. She was on Vogues “Best dressed Women in the World" list for the 1920s-40s. Madame Koo tirelessly promoted Chinese silk as the best in the world, using the qipao as her signature look. In Shanghai in the 30s she can be credited with updating the dress and making it into the flattering garment we know today. She took the slit daringly higher but maintained decorum by wearing pantelettes underneath, hence our addition of the silk trousers to which the lower”wing" is attached. Vogue magazine saluted her enlightened approach to promoting goodwill between East and West. Along with the development of technology, cross-border integration helps designers break boundaries and take qipao to a wider world. When qipao can become sportswear, when metal can become fabric, and when wearable electronic products can be embedded into daily dressing, qipao is no longer just the appearance in our concept, qipao or not qipao, it will remain a question. The designer made by Xiong Youwen, the first Asian teacher in ESMOD, worked on a radical transposition, a new interpretation of art and tradition for a new proposal of the Qipao dress. The approach is to combine the tradition and the singularity of the Qipao dress, and all its codes, with a modern look that is both sporty and urban. Gabardine wool or wool blend. Touched dry, matte appearance. Transparency of silk organza or cotton organdy or high performance technical fabric "windbreaker”. Gioia Pan, a designer from Taiwan, graduated from the Bunka Fashion College, and received a master's degree from the institute of textiles at Fu Jen Catholic University in Taiwan. Currently, she is the design director of GIOIAPAN and a member of China Fashion Association fashion art committee. She is named "the Queen of Knitwear" in Taiwan.

The design uses knitting as the innovative fabric of the qipao, combined with the circular pendulum and fish tail design, which enhances curve of women body, and adds feminine elegance. Purple as the dark night, the dress standing in the middle of the stage and has an irresistible charm. The designer was a team formed by teachers and students of Shanghai International Fashion Innovation Center. SIFIC is a scientific center that studying fashion industry. It focus on branding management, new technology on fabric and also brand cultural transmission.

By using graphene carbon fiber heating technology, this qipao is designed to quickly and stably conduct heat to the whole body, so as to remedy the defect of thin quality of qipao and achieve the function of physical therapy and health care for women.

From being bound by traditional concepts to being independent and confident in modern times, women's thoughts are constantly liberated and transformed. Using heat-sensitive knitting yarn as the main material of this qipao, it has a reversible color changeing function when temperature reaches31 ℃, making the qipao a  high technology product, while keeping vogue. 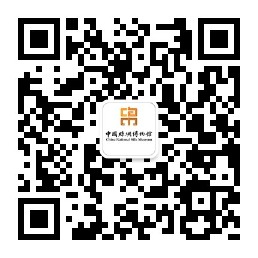